On Thursday, Jacob said she was impressed following a tour of the dispensary inside what used to be the tribe’s failed casino near Lake Henshaw in the northeastern rural part of the county. She also said she still has concerns.

Initially, she wanted clarification from the state whether operating a dispensary on tribal land deep within unincorporated San Diego County — where pot dispensaries and growing operation are banned — was legal. She said constituents had complained to her office about the operation and the risk it might pose to locals.

Jacob now says she is convinced tribes can operate dispensaries on their sovereign lands, adding she is worried, apparently for good reason, about other local tribes following suit.

Dave Vialpando, who escorted Jacob on the tour, said later several other local tribes are about to get into the pot business.

Vialpando is head of Santa Ysabel’s cannabis regulatory agency and the executive director of the California Native American Cannabis Association, or CNACA, which is comprised of 23 tribes in California, including five in San Diego County, which is trying to work with the state to allow tribes full access to the state’s legal cannabis market.

He said the other local tribes that belong to CNACA — Campo, Manzanita, Sycuan and Los Coyotes — “are either in the initial stages of looking for business partners, creating their regulations, drafting their ordinance, or picking locations for where to build their dispensaries,” he said.

After Jacob expressed concerns in news articles about what Santa Ysabel was up to, Vialpando suggested a tour might be helpful. She took him up on it Thursday.

He spent much of the hour explaining in detail the tribe’s regulatory standards, which he says are more stringent than what the state requires for licenses.

Reservations cannot at this time get state cannabis licenses because Sacramento wants to be able to control everything, he said, and the tribes refuse to give up their sovereign independent nation status.

Vialpando also spent considerable time explaining how the dispensary, and surrounding Santa Ysabel Botanical Garden where about 50,000 square feet of marijuana is being cultivated in greenhouses, is very secure. He said it is in a remote location at the top of a hill, surrounded by razor-wiring fencing, equipped with hundreds of constantly monitored security cameras and motion sensors.

Following the meeting, Jacob said she was impressed by Vialpando and the cannabis operation.

“Obviously, it’s a well-run facility,” she said. “But it doesn’t change the issue over the overall debate on marijuana use, particularly the recreational aspects of it. But it’s a very impressive operation they’re running. The rules are strong and the enforcement and oversight is strong. The fact that they are going beyond what state laws require is a good thing.”

“But there are a lot of issues once you get off the reservation,” she said. The state Attorney General has not responded to questions she asked and she said she doesn’t think those answers are forthcoming.

“I wasn’t looking to create a convert from anti-cannabis to pro-cannabis,” he said. “The goals we had for the meeting — because we understood the apprehension and the concerns — was to reduce the misconceptions that what we’re doing is not legal or not regulated and that somehow we’re using the tribe’s operation as a facade to get cannabis into the black market. Which absolutely isn’t the case.

“Our priorities for the meeting were to emphasis the regulatory nature of what we’re doing, the responsible business nature of what the tribe is engaged in, the safety and security and consumer protection.”

Business at the dispensary has remained constant in recent months with between 80 to 100 daily customers making what can be a long drive to the reservation. Vialpando told Jacob that 80 percent of their customers are seeking relief through cannabis or cannabis-infused products for various ailments. He also said a majority of customers are senior citizens.

The tribe leases space in it botanical facility to eight private companies that can sell their products in the tribe’s dispensary or sell it to other dispensaries operating only in jurisdictions that allow recreational pot sales. The majority of the products being produced at the facility are being sold to other tribes for sale elsewhere in the state, he said.

Vialpando and the others from the tribe accompanying Jacob skirted around one question. Jacob asked how much money the tribe was making and they never gave a concrete answer.

Jacob also reminded Vialpando that after the tribe’s casino went belly up in 2014, one of the many creditors left behind was the county, which is due more than $3 million for unpaid fees. 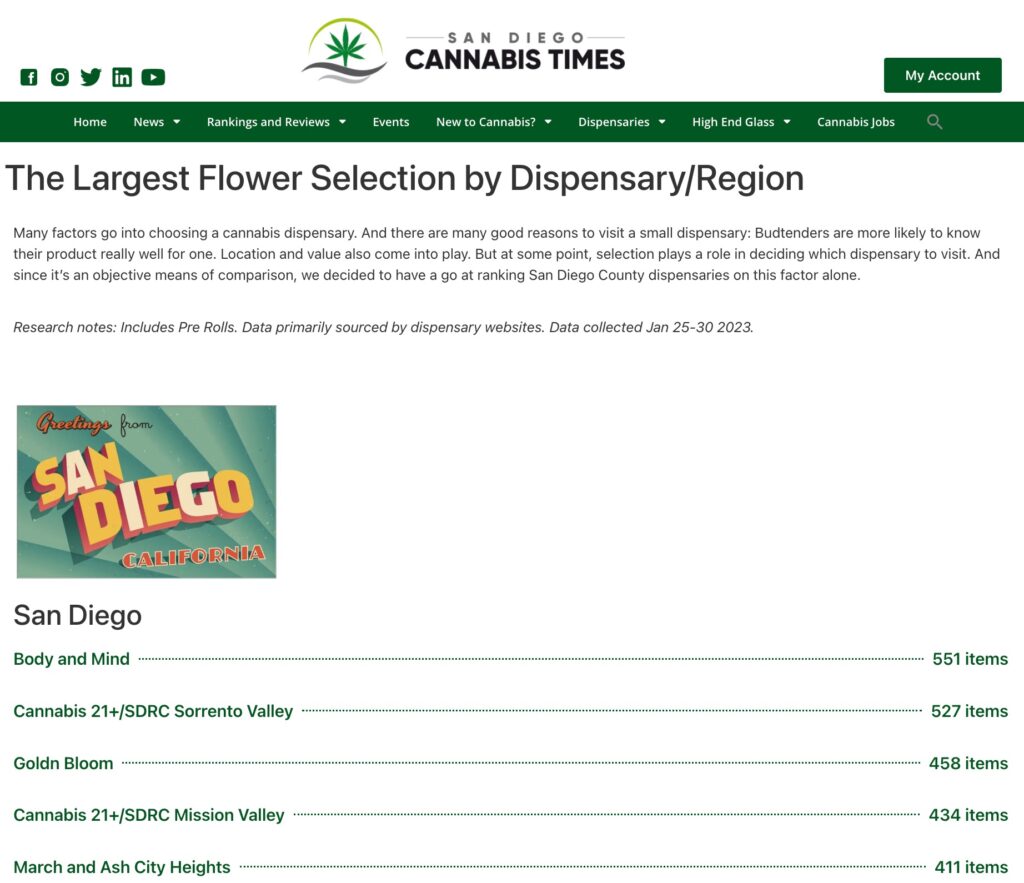